MicroMan Industries teams up with D&R Electronics and Data911

MicroMan Industries LLC last year received a contract, after a competitive bidding process, to up-fit eight patrol vehicles for the Blue Springs Police Department. Part of this contract was to install a handheld tablet using the D&R Electronincs in-dash console for the officers to use for CAD dispatching. It was originally thought that they would be using the new Panasonic ToughPad, which proved to not be compatible with their CAD software. After in-field testing other tablets, they decided to use a Data911 TX1 Rugged Tablet.

The issue we faced with the Data911 tablet was that there wasn’t an in-dash solution for it yet. So, we teamed up with Tom Ennema from D&R Electronics and Lisa Dunn from Data911 to produce the first in-dash solution for the Data911 TX1 tablet. We are very pleased to be the first in the US to receive and install this product. The tablet and docking system work perfectly together with the in-dash solution that was designed. Even better yet is that they designed a bracket to fit a Mobile Vision L3 camera system DVR to fit in the dash as well!

We would like to thank Tom Ennema, Eric Bruce and the engineers at D&R Electronics for their hard work getting this product designed and produced in such a short amount of time. We would also like to thank Lisa Dunn at Data911 for making sure D&R got what they needed for the design process. We look forward to further projects together! 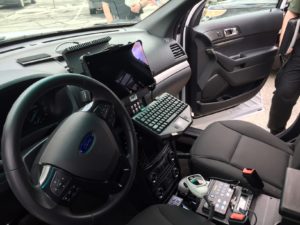 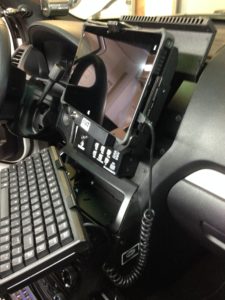